What would you do if you found yourself in Edinburgh for about 24 hours? That is the situation we put ourselves in for stop three on our honeymoon! Read on to hear about our 24 hours in Edinburgh! Iceland and London were both amazing short trips for stops one and two, so if you haven’t read them yet, I invite you to!

The way I structured those blogs was to begin with some tips, then give recommendations and my favorites, and then end with the sort of play-by-play of what we did in each spot, and just like Iceland and London‘s posts, I will do the same for Edinburgh!

First, a reminder that I gave in the other posts too: if you have never visited another country, you may be surprised to know that electrical outlets (and, as a result, plugs) do not look the same everywhere in the world. That’s why we bought these adapters*!

Second tip: when you are planning a trip, basically forget about considering the days on which you travel as whole days. When we planned the first part of our trip (the first three cities), we thought of each stop as x days, when in reality, we got little done on days we traveled, especially by plane.

As for recommendations, since we went on such a short trip, it’s hard to say what I’d doing in Edinburgh apart from walking around. It was a really walkable city, and I think we got really lucky weather-wise, at least for the bulk of our stay! If you like hiking, and beautiful views, you’ll love what we did!

We left London via Kings Cross station early Thursday morning. It didn’t occur to me, despite having read all of the Harry Potter books* years ago, that we were at the very same station featured in the books, until I went to use the restroom at the station and came across platform 9-3/4!

We took a first class train (I think it was only like £10 more), and let me tell you - I can get used to the first class lifestyle - and this view!

I got unlimited free tea (coffee for Tommy), and breakfast! He got a traditional English breakfast (which I forgot to photograph properly, so instead you see the toast that came with it? I must have been tired!), since the one we shared in London was potentially not that traditional since it was made by a nutritionist at a French-inspired restaurant. I had something else we had read about when researching restaurants, but decided against because it ended with being covered in ketchup - bubble & squeak! Not sure how it got its name, but it was a delicious start to the journey!

The toast that came with the traditional English breakfast that I forgot to photograph.

The countryside was beautiful, and since first class comes with wifi, this is where I wrote the blog about our stay in London! When we got to Waverly Station in Edinburgh and walked out onto the street, we had such a different feeling than our first few moments in London - a feeling we (or at least I was) were looking for, which was being in a really old place. I didn’t get that feeling as much in London as I had the first time I was in Paris over ten years ago! It is beautiful, and we listened to a man in a kilt play bagpipes as we walked to our airbnb. Once there, we settled in a bit and took a nap - which will likely happen every travel day unless we arrive somewhere at night! After the nap, we were hungry, so we walked the couple blocks to the heart of downtown in search of traditional Scottish food, and were in luck! In an alley (there are many in Edinburgh), we found The Kenilworth, where we split a plate of haggis, that also has nippies and tatties, which are mashed turnips and mashed potatoes! We poured whisky sauce over the whole thing and it was delicious.

Does anyone else have an Apple watch with a magnetic band that attracts too many things? 😜😂

It was legitimately hot out, which I did not expect or prepare for, so I was thankful both for my refreshing gin cocktail, as well as the ice cream that came along with the sticky toffee pudding we shared for dessert.

Once refueled, we set off for a hike to the top of Arthur’s seat, which you can see from this cemetery along the way (which has Robert Louis Stevenson’s uncle of the same name buried inside).

We also passed Holyrood castle, but did not run into the queen?

The hike was projected to take two hours on average, but we did it in a little less, and allowed for extra time to get lost. But we did have the time to take some gorgeous pictures from the top!

After we got back down the hill and to the bottom, it should come as no surprise that we were hungry! A gentleman we met on the train suggested that the beef in Scotland was outstanding, so we split a ribeye and ordered extra vegetables at a restaurant that’s now closed! We also ordered some Pimms Cup, because we figured that it was festive and appropriate, and we hadn’t had any in London. We had a big pitcher of water, too, because we were thirsty from our hike!


How on earth did I not take a picture of the Ribeye? It was practically the only meat we had on the whole trip (or so it felt like)!

The iced beverages and changing weather left us pretty cold by the end of dinner (which we ate on their patio), and we were nervous we were only going to get colder as the night went on, especially since we were about to do a walking ghost tour! So, we got hot chocolate (me) and coffee (Tommy). We weren’t going to visit Scotland and not have a little Scotch, so we went to store that did whisky tastings, tasted a little, and then got smaller bottles, which we drank a little of and used the rest to spike our hot beverages.

We had also considered buying Tommy a scarf or us a big blanket on high street (main touristy street), but by the time we were done eating, those stores were closed! Warm to-go (or takeaway, as they call them so far in our European adventures) drinks in hand, we went off to the St. Giles Cathedral to meet our tour guide for the ghost tour. We liked this experience MUCH better than the Jack the Ripper tour we took in London, though it was pretty creepy and the stories sad! It didn’t quite compare to the ghost tour we took in Savannah, where actual creepy things occurred that weren’t arranged by the tour company (spoiler alert: there were a couple intentional jump scares on this tour), but there seemed to have been situations in the past where there were. It was also interesting to see parts of Edinburgh we wouldn’t normally see, like the underground city inside the bridge… And hey, now I can say I have spent time inside a mausoleum at night? 🤷🏼‍♀️

After the ghost tour, we grabbed a nightcap at a pub and walked home to our Airbnb* and went to sleep, after walking over 25k steps and over 13 miles that day! The next morning, we enjoyed the tea and shortbread our sweet Airbnb* hostess provided. I would have liked to have had it on our little private patio, but it was drizzly!

We packed back up, and walked down to the main area again, and grabbed some hot chocolate that had intrigued us the day before, which was 85% cocoa and not sweet at all! It was delicious!

We then walked back into a different alley, and found a cute and quirky restaurant called The Rosehip to check two more Scottish food items off our list: porridge and the traditional Scottish breakfast.

It was a very enjoyable experience, but at the end of it, we had to walk to the train station and take a tram to the airport. That was super convenient and inexpensive! Once at the airport, we checked in, and then sat around a lot, because our flight was delayed! I had a “toastie” at the airport, and then we FINALLY boarded our flight to Charles de Gaulle! I wrote this quick little blog on the plane, and am excited for our stay in Paris! It’s a full week, so it won’t be posted as immediately as the others, but I’m confident it’ll be worth the wait! Until then…. Cheers!

Since I wrote this, we went to Paris, then to Bellagio, then to Milan, then to Bologna, then to Provence, then to Barcelona! I took notes so I can write those blogs soon (although they will take longer than one about 24 hours in Edinburgh since those stays were much longer), so stay tuned!

P.S. Did you like what you read? Check out my other blogs, and feel free to subscribe by entering your email below, so you never miss a post!

The first option below will not only sign you up for a MONTHLY digest of emails, but will also give you a list of 22-must-have items for your makeup kit (if you’re a gentleman or not a makeup wearer, feel free to pass it on to a friend) AND my 17 pages of incredible notes from the 20 amazing mentors at the Success Live event I attended!

The second one will send you EVERY post as they happen!

Join my mailing list to receive the latest news and updates from our team monthly, PLUS a free list of makeup must-haves, AND my notes from Success Live!

You have successfully subscribed. Thanks so much!

*Disclaimer: All of the book & course recommendations are affiliate links! This means if you decide to order the book on Amazon by clicking that link, it will cost you the same price, but a small percentage will help me with the costs of my blog, and now my podcast, too – I.E., you spending money can help me MAKE money! Podcasting can be expensive, these purchases help support the show. Plus, I have many new projects coming that I think you will love that could use some support! 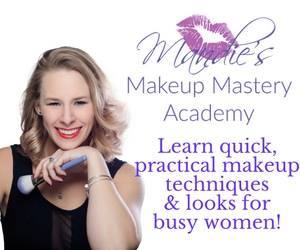